What is a Cooling Tower? 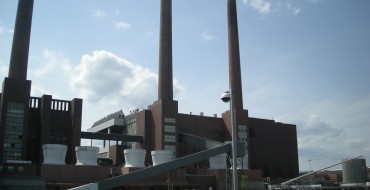 A cooling tower is a technology used to vent heat into the air following an industrial process.

A cooling tower is able to vent the air by spraying the hot water over a material called a fill, which helps disperse the water and expose it to more air flow. One of the most common application for a cooling tower is to provide cooled water for air conditioning units, manufacturing and electric power generation. Small cooling towers can handle water streams of only a few gallons of water per minute, while the biggest can cool hundreds of thousands of gallons per minutes.

The Mechanics of Cooling Towers

Cooling towers redirect heated water  through spray  nozzles onto materials called “fill.” A fill may consist of multiple, vertical wetted surfaces over which to spread thin films of water.

Once on the fill,  the water flow  is slowed, and thus exposing more water surface for the highest level of air-water contact. Water will descend down the tower, the water hits air moving through the tower by an induced draft fan. This causes a little water to be evaporated, creating a cooling action. At the bottom of the tower is often a basin in which to collect the cooled water, in order to feed it back through the condenser or industrial process. Cooling towers can usually be adjusted for a variety of factors, including performance, structure, drift and plume abatement.

How They Are Built

Cooling towers can be assembled at factories and transported to the location or build on site. Small towers can be shipped intact but with  larger systems, they may need to be shipped modularly and  assembled on site.  Factory assembled towers are also known as  “packaged cooling tower.” One example is the Marley NC crossflow, induced draft tower, which is a popular option for HVAC or light industrial applications. Field-erected towers can be of crossflow and counterflow technology and often required for power or heavy-industrial uses. One useful choice  is the Marley F400 counterflow tower, which has customizable options.